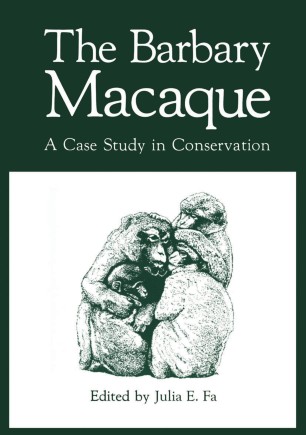 A Case Study in Conservation

The Barbary macaque (all too often mistakenly called an ape) was first brought to the attention of the Conservation Working Party of the Primate Society of Great Britain late 1979 when John Fa reported that 'surplus' animals were being sent from Gibraltar to dubious locations, such as an Italian safari park. Since there had been no scientific input into the Army's management of the monkey colony on Gibraltar, and there was concern about inbreeding, nutrition and health - about the long-term viability of the colony, it was felt that the Society could help. The Gibraltar Scientific Authority and the Army were very receptive to our offer and ideas, and this topic occupied successive chairmen over the last few years - Robin Dunbar and Richard Wrangham, myself and now Miranda Stevenson - with constant prompting and help from John Fa. Considerations soon extended to the status of the species as a whole, so that there have been three main aspects:- (1) the improved health of a larger self-sustaining population on Gibraltar, (2) the status and behavioural biology of natural populations in North Africa (Morocco and Algeria), and (3) the breeding achievements in European parks and zoos, and their potential for reintroduction to suitable areas in North Africa, along with other possibilities. Robin Dunbar organized the compilation of recommendations for managing the Gibraltar colony with regard to numbers, age-sex struc­ ture and behavioural relationships, with some observations on diet to avoid obesity and infertility.