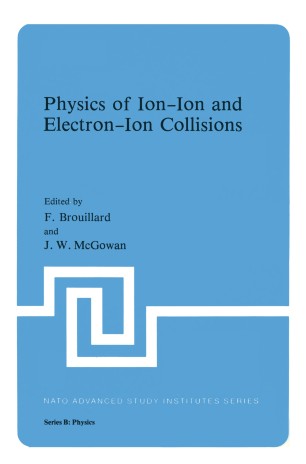 Physics of Ion-Ion and Electron-Ion Collisions

Some of the earliest civilizations regarded the universe as organized around four principles, the four "elements" earth. water, air, and fire. Fire, which was the source of light and as such possessed an immaterial quality related to the spiritual world. was clearly the most impressive of these elements, although its quanti­ tative importance could not have been properly discerned. M- ern science has changed the names, but macroscopic matter is still divided into four states. The solid, liquid, and gaseous states are ordinary states, but the fourth state of matter, the plasma state, has retained a somewhat extraordinary character. It is now recognized that most of the matter of the universe is in the ionized state. but on the earth. the plasma state is still the exception. Hence the importance and also the difficulty of investigations dealing with ionized matter, which have been greatly furthered by the development of thermonuclear fusion research. The study of matter in the ionized state comprises a large diversity of problems belonging to many different branches of phys­ ics. A number of them relate to the microscopic properties of plasmas and concern the structure and the collisional behavior of atomic constituents. Although they are clearly of basic importance, their relevance to thermonuclear research was at first overlooked, at a time when most of the effort was concentrated on designing fusion devices and understanding macroscopic phenomena, mostly of an electromagnetic nature. At present.