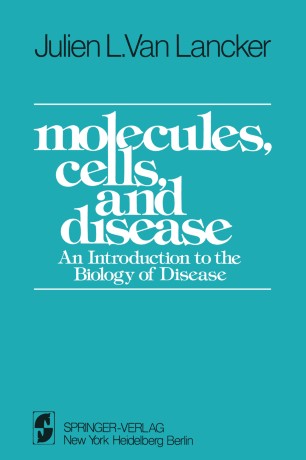 An Introduction to the Biology of Disease

In tracing their origin and their fate, the beginning and the end of their environment, humans have often been guided by curiosity. Such concern has helped man to discover, among other things, the structure of the universe from star to atom and the evolution of life from unicellular organism to human being. The study of disease is unique. Although it may have been in­ spired by the curiosity of a few, it has always been the concern of all, because preventing or curing disease has meant survival not only of individuals, but of entire nations, not only of humans, but of fellow living creatures. If greed, force, religion, and language have been major causes of wars, diseases, more than arms, have often decided the outcome of battles and thereby have woven the pattern of history. For millennia, a large fraction of the human race believed that disease expressed the wrath of God(s) against individuals or societies. Therefore, only priests or priestesses, kings, and queens were endowed with the power of healing. In the West, Hippocrates is credited for exorcising this concept of disease and for objectively describing and cataloguing them. The contributions of Greek physicians to Western medicine made possible more accurate diagnoses and prognoses.