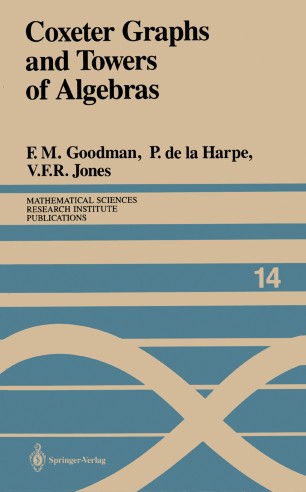 Coxeter Graphs and Towers of Algebras

A recent paper on subfactors of von Neumann factors has stimulated much research in von Neumann algebras. It was discovered soon after the appearance of this paper that certain algebras which are used there for the analysis of subfactors could also be used to define a new polynomial invariant for links. Recent efforts to understand the fundamental nature of the new link invariants has led to connections with invariant theory, statistical mechanics and quantum theory. In turn, the link invariants, the notion of a quantum group, and the quantum Yang-Baxter equation have had a great impact on the study of subfactors. Our subject is certain algebraic and von Neumann algebraic topics closely related to the original paper. However, in order to promote, in a modest way, the contact between diverse fields of mathematics, we have tried to make this work accessible to the broadest audience. Consequently, this book contains much elementary expository material.