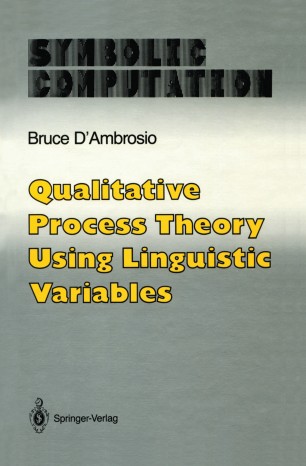 8. 5 Summary In this chapter we have identified three basic patterns of influences that lead to ambiguity in the QP analysis of the basic active furnace state. We have then shown how modification of these patterns, by adding equilibrium values and sensitivity annotations on influence arcs, could permit resolu­ tion of the ambiguities. Finally, we have described in detail the extensions needed to the basic influence resolution algorithm in QP theory to oper­ ate on these extended descriptions. We have also shown that the modified influence resolution algorithm corrects an error in Forbus' original method for combining influences. We have then presented an extended example in which introduction of equilibrium assumptions eliminates all ambigu­ ity in the influence resolution deduction. In the next chapter we extend these techniques further, by developing a qualitative perturbation analysis technique that permits us to answer "what ir' control questions; then we extend this technique to obtain quantitative, as well as qualitative, effects of hypothetical control actions. 8.