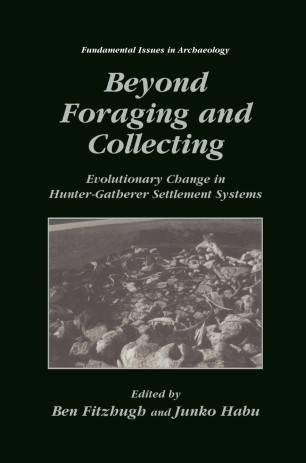 Beyond Foraging and Collecting

Part of the Fundamental Issues in Archaeology book series (FIAR)

LEWIS R. BINFORD AND AMBER L. JOHNSON The organizers of this volume have brought together authors who have worked on local sequences, much as traditional archaeologists tended to do, however, with the modern goal of addressing evolutionary change in hunter-gatherer systems over long time spans. Given this ambitious goal they wisely chose to ask the authors to build their treatments around a focal question, the utility of the forager-eollector continuum (Binford 1980) for research on archaeological sequences. Needless to say, Binford was flat­ tered by their choice and understandably read the papers with a great deal of interest. When he was asked to write the foreword to this provoca­ tive book he expected to learn new things and in this he has not been disappointed. The common organizing questions addressed among the contributors to this volume are simply, how useful is the forager-eollector continuum for explanatory research on sequences, and what else might we need to know to explain evolutionary change in hunter-gatherer adaptations? Most sequences document systems change, in some sense. Though we don't necessarily know how much synchronous systemic variability there might have been relative to the documented sequence, most authors have tried to address the problem of within systems variability. In this sense, most are operating with sophistication not seen among traditional culture historians. The primary problem for archaeologists of the generation prior to Binford was how to date archaeological materials.