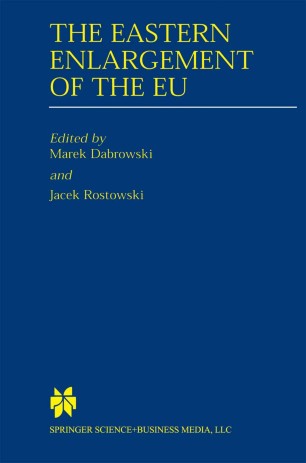 The Eastern Enlargement of the EU

The Eastern Enlargement of the EU identifies the major fiscal challenges facing Central European countries on the road to European Union accession. The Introduction and three other chapters are on broad macro-economic issues, and four `sectoral' chapters follow these on such questions as the fiscal impact of pensions, health reform, taxation and agricultural policies. A comprehensive analysis of tax systems and of the major elements of public social expenditures (pensions and health care systems) is presented. This analysis helps to identify the key factors determining the present size of governments and the need for, and prospects of, fiscal adjustment. In addition, a comparison of fiscal policy is carried out, followed by a long-term fiscal projection until year 2010.
The book is relevant to academics in macroeconomics, European studies and transition economics, as well as in public finance and public policy sciences. It should also appeal to a significant professional audience. Policy makers and economists interested in the accession process in EU countries - at ministries, National Banks, research departments of banks, international organizations (the EU Commission, World Bank, IMF, OECD) - will have a strong interest in this book.