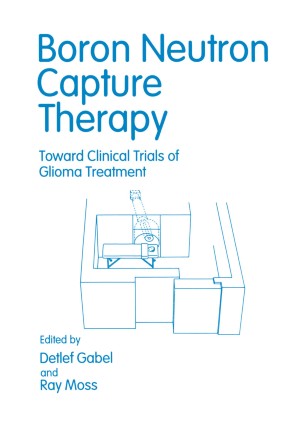 Toward Clinical Trials of Glioma Treatment

The European Collaboration on Boron Neutron Capture Therapy (BNCT), conceived in 1987 and successful in 1989 in gaining financial support as a Concerted Action through the Medical and Health Research Programme of the Commission ofthe European Communities (CEC) in Brussels, considered it an opportune moment to hold its annual Plenary Meeting on 18-20 Septem­ ber 1991 as an International Workshop entitled "Towards Clinical Trials of Glioma with BNCT". The background to this consideration was influenced by the world-wide resurgence ofinterest in NCT over the last 2 decades and by the exemplifica­ tions at the Fourth International Symposium on Neutron Capture Therapy for Cancer held in Sydney in December 1990, where it was strongly indicated that within the next 2 years clinical trials would be started both in Europe and the United States. In particular at the High Flux Reactor of the Joint Research Centre of the CEC at Petten in The Netherlands, an epithermal neutron beam designed and installed in the summer of 1990 recently became operable at full reactor power. An extensive series ofexperiments, including the nuclear and radiobiological characterisation of the beam and a healthy tissue tolerance study on canines has started and has the aim to define the preconditions for clinical trials onpatients with Grade III/IV glioma. However, as with any other new therapy modality, it must be demon­ strated that BNCT is safe for the patient and has a reasonable chance of being an effective therapy.