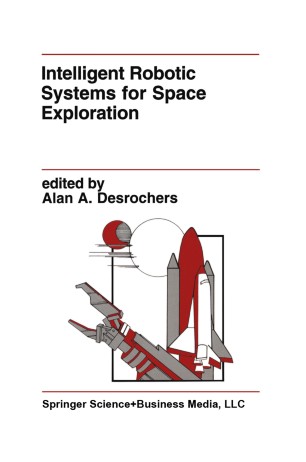 Part of the The Springer International Series in Engineering and Computer Science book series (SECS, volume 168)

Over the last twenty years, automation and robotics have played an increasingly important role in a variety of application domains including manufacturing, hazardous environments, defense, and service industries. Space is a unique environment where power, communications, atmospheric, gravitational, and sensing conditions impose harsh constraints on the ability of both man and machines to function productively.
In this environment, intelligent automation and robotics are essential complements to the capabilities of humans. In the development of the United States Space Program, robotic manipulation systems have increased in importance as the complexity of space missions has grown. Future missions will require the construction, maintenance, and repair of large structures, such as the space station. This volume presents the effords of several groups that are working on robotic solutions to this problem.
Much of the work in this book is related to assembly in space, and especially in-orbit assembly of large truss structures. Many of these so-called truss structures will be assembled in orbit. It is expected that robot manipulators will be used exclusively, or at least provide partial assistance to humans.
Intelligent Robotic Systems for Space Exploration provides detailed algorithms and analysis for assembly of truss structure in space. It reports on actual implementations to date done at NASA's Langley Research Center. The Johnson Space Center, and the Jet Propulsion Laboratory. Other implementations and research done at Rensselaer are also reported. Analysis of robot control problems that are unique to a zero-gravity environment are presented.