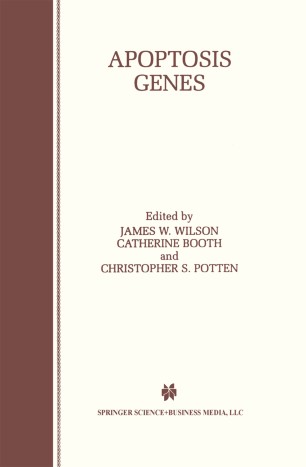 Apoptosis, or programmed cell death, is a natural process by which damaged or unwanted cells are dismantled in an orderly and atraumatic fashion. It is of critical importance in development, homeostasis, and cell population control. Research over the last decade is now enabling scientists to comprehend how genes and the protein products interact to control apoptosis. This has led to the current position where researchers may be able to directly modify the action of key proteins through gene therapy and antisense oligonucleotides.
Apoptosis Genes presents a current overview of key genes involved in the control of apoptosis research together with thoughts on future prospects and clinical applications. While there are several books written on apoptosis, Apoptosis Genes deals specifically with the regulation of apoptosis. Given the increased interest in the role of apoptosis genes in disease processes, this work will be useful to researchers investigating cancer, autoimmune disease, viral infection, cardiovascular disease, neurodegenerative disorders, AIDS, osteoporosis, and aging.