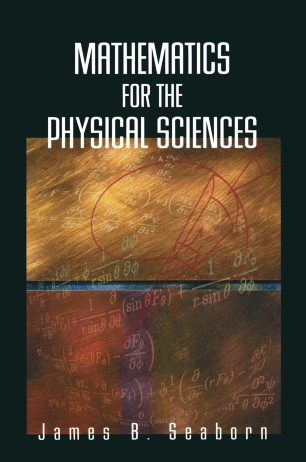 Mathematics for the Physical Sciences

This book is intended to provide a mathematical bridge from a general physics course to intermediate-level courses in classical mechanics, electricity and mag­ netism, and quantum mechanics. The book begins with a short review of a few topics that should be familiar to the student from a general physics course. These examples will be used throughout the rest of the book to provide physical con­ texts for introducing the mathematical applications. The next two chapters are devoted to making the student familiar with vector operations in algebra and cal­ culus. Students will have already become acquainted with vectors in the general physics course. The notion of magnetic flux provides a physical connection with the integral theorems of vector calculus. A very short chapter on complex num­ bers is sufficient to supply the needed background for the minor role played by complex numbers in the remainder of the text. Mathematical applications in in­ termediate and advanced undergraduate courses in physics are often in the form of ordinary or partial differential equations. Ordinary differential equations are introduced in Chapter 5. The ubiquitous simple harmonic oscillator is used to il­ lustrate the series method of solving an ordinary, linear, second-order differential equation. The one-dimensional, time-dependent SchrOdinger equation provides an illus­ tration for solving a partial differential equation by the method of separation of variables in Chapter 6.