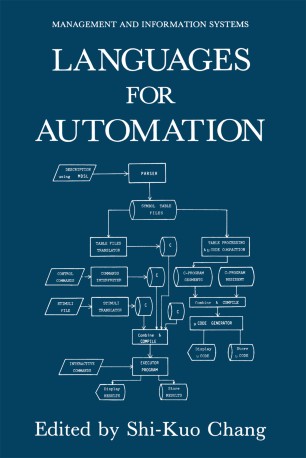 Part of the Management and Information Systems book series (MIS)

Two central ideas in the movement toward advanced automation systems are the office-of-the-future (or office automation system), and the factory­ of-the-future (or factory automation system). An office automation system is an integrated system with diversified office equipment, communication devices, intelligent terminals, intelligent copiers, etc., for providing information management and control in a dis­ tributed office environment. A factory automation system is also an inte­ grated system with programmable machine tools, robots, and other pro­ cess equipment such as new "peripherals," for providing manufacturing information management and control. Such advanced automation systems can be regarded as the response to the demand for greater variety, greater flexibility, customized designs, rapid response, and 'Just-in-time" delivery of office services or manufac­ tured goods. The economy of scope, which allows the production of a vari­ ety of similar products in random order, gradually replaces the economy of scale derived from overall volume of operations. In other words, we are gradually switching from the production of large volumes of standard products to systems for the production of a wide variety of similar products in small batches. This is the phenomenon of "demassification" of the marketplace, as described by Alvin Toffier in The Third Wave.