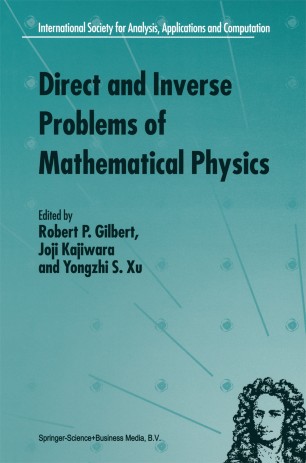 This volume consists of papers presented in the special sessions on "Wave Phenomena and Related Topics", and "Asymptotics and Homogenization" of the ISAAC'97 Congress held at the University of Delaware, during June 2-7, 1997. The ISAAC Congress coincided with a U.S.-Japan Seminar also held at the University of Delaware. The latter was supported by the National Science Foundation through Grant INT -9603029 and the Japan Society for the Promotion of Science through Grant MTCS-134. It was natural that the 'participants of both meetings should interact and consequently several persons attending the Congress also presented papers in the Seminar. The success of the ISAAC Congress and the U.S.-Japan Seminar has led to the ISAAC'99 Congress being held in Fukuoka, Japan during August 1999. Many of the same participants will return to this Seminar. Indeed, it appears that the spirit of the U.S.-Japan Seminar will be continued every second year as part of the ISAAC Congresses. We decided to include with the papers presented in the ISAAC Congress and the U.S.-Japan Seminar several very good papers by colleagues from the former Soviet Union. These participants in the ISAAC Congress attended at their own expense. This volume has the title Direct and Inverse Problems of Mathematical Physics which consists of the papers on scattering theory, coefficient identification, uniqueness and existence theorems, boundary controllability, wave propagation in stratified media, viscous flows, nonlinear acoustics, Sobolev spaces, singularity theory, pseudo differential operators, and semigroup theory.