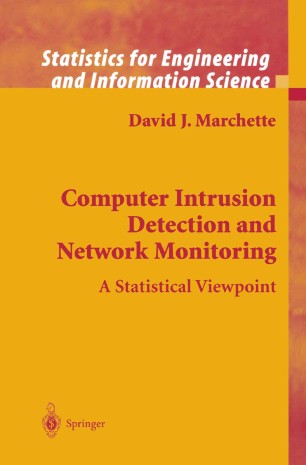 In the fall of 1999, I was asked to teach a course on computer intrusion detection for the Department of Mathematical Sciences of The Johns Hopkins University. That course was the genesis of this book. I had been working in the field for several years at the Naval Surface Warfare Center, in Dahlgren, Virginia, under the auspices of the SHADOW program, with some funding by the Office of Naval Research. In designing the class, I was concerned both with giving an overview of the basic problems in computer security, and with providing information that was of interest to a department of mathematicians. Thus, the focus of the course was to be more on methods for modeling and detecting intrusions rather than one on how to secure one's computer against intrusions. The first task was to find a book from which to teach. I was familiar with several books on the subject, but they were all at either a high level, focusing more on the political and policy aspects of the problem, or were written for security analysts, with little to interest a mathematician. I wanted to cover material that would appeal to the faculty members of the department, some of whom ended up sitting in on the course, as well as providing some interesting problems for students. None of the books on the market at the time had an adequate discussion of mathematical issues related to intrusion detection.