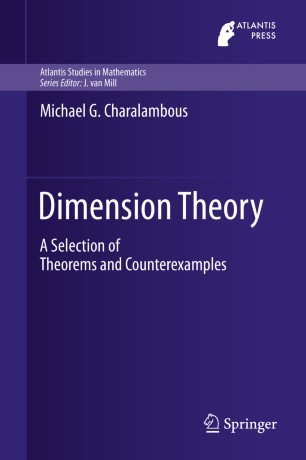 A Selection of Theorems and Counterexamples

This book covers the fundamental results of the dimension theory of metrizable spaces, especially in the separable case. Its distinctive feature is the emphasis on the negative results for more general spaces, presenting a readable account of numerous counterexamples to well-known conjectures that have not been discussed in existing books. Moreover, it includes three new general methods for constructing spaces: Mrowka's psi-spaces, van Douwen's technique of assigning limit points to carefully selected sequences, and Fedorchuk's method of resolutions.
Accessible to readers familiar with the standard facts of general topology, the book is written in a reader-friendly style suitable for self-study. It contains enough material for one or more graduate courses in dimension theory and/or general topology. More than half of the contents do not appear in existing books, making it also a good reference for libraries and researchers.