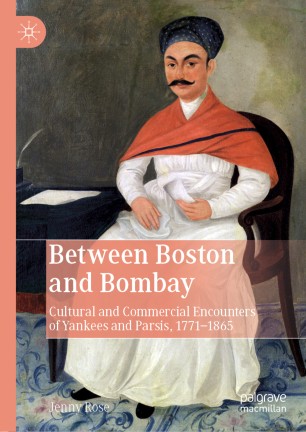 Between Boston and Bombay

Cultural and Commercial Encounters of Yankees and Parsis, 1771–1865

A few years after the American declaration of independence, the first American ships set sail to India. The commercial links that American merchant mariners established with the Parsis of Bombay shaped the material and intellectual culture of the early Republic in ways that have not been explored until now. This book maps the circulation of goods, capital and ideas between Bombay Parsis and their contemporaries in the northeastern United States, uncovering a surprising range of cultural interaction. Just as goods and gifts from the Zoroastrians of India quickly became an integral part of popular culture along the eastern seaboard of the U.S., so their newly translated religious texts had a significant impact on American thought. Using a wealth of previously unpublished primary sources, this work presents the narrative of American-Parsi encounters within the broader context of developing global trade and knowledge.