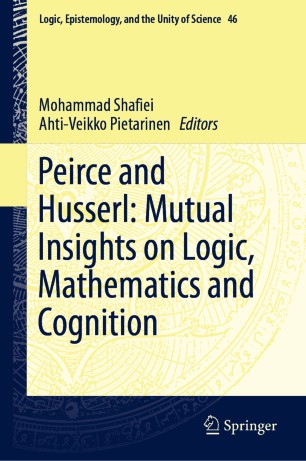 Peirce and Husserl: Mutual Insights on Logic, Mathematics and Cognition

Part of the Logic, Epistemology, and the Unity of Science book series (LEUS, volume 46)

This volume aims to provide the elements for a systematic exploration of certain fundamental notions of Peirce and Husserl in respect with foundations of science by means of drawing a parallelism between their works. Tackling a largely understudied comparison between these two contemporary philosophers, the authors highlight the significant similarities in some of their fundamental ideas.

This volume consists of eleven chapters under four parts. The first part concerns methodologies and main principles of the two philosophers. An introductory chapter outlines central historical and systematical themes arising out of the recent scholarship on Peirce and Husserl. The second part is on logic, its Chapters dedicated to the topics from Peirce’s Existential Graphs and the philosophy of notation to Husserl’s notions of pure logic and transcendental logic. The third part includes contributions on philosophy of mathematics. Chapters in the final part deal with  the theory of cognition, consciousness and intentionality. The closing chapter provides an extended glossary of central terms of Peirce’s theory of phaneroscopy, explaining them from the viewpoint of the theory of cognition.