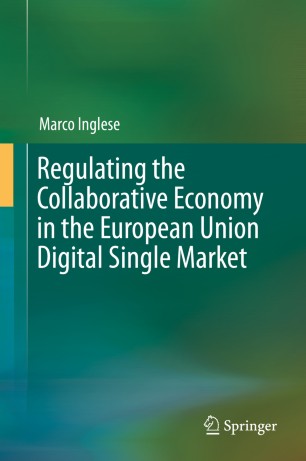 This book critically assesses how the rise of the collaborative economy in the European Union Digital Single Market is disrupting consolidated legal acquisitions, such as classical internal market categories, as well as the applicability of consumer protection, data protection, and labour and competition law. It argues that the collaborative economy will, sooner or later, require some sort of regulatory intervention from the European Union. This regulatory intervention, far from stifling innovation, will benefit online platforms, service providers and users by providing them with a clearer and more predictable environment in which to conduct their business. Although primarily intended for academics, this book also appeals to a wider readership, including, but not limited to, national and international regulators, private firms and lobbies as well as online platforms, consumer associations and trade unions.