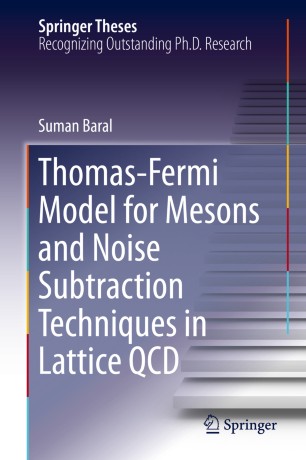 This thesis make significant contributions to both the numerical and analytical aspects of particle physics, reducing the noise associated with matrix calculations in quantum chromodynamics (QCD) and modeling multi-quark mesonic matters that could be used to investigate particles previously unseen in nature. Several methods are developed that can reduce the statistical uncertainty in the extraction of hard-to-detect lattice QCD signals from disconnected diagrams. The most promising technique beats competing methods by 1700 percent, leading to a potential decrease in the computation time of quark loop quantities by an order of magnitude. This not only increases efficiency but also works for QCD matrices with almost-zero eigenvalues, a region where most QCD algorithms break down. This thesis also develops analytical solutions used to investigate exotic particles, specifically the Thomas-Fermi quark model, giving insight into possible new states formed from mesonic matter. The main benefit of this model is that it can work for a large number of quarks which is currently almost impossible with lattice QCD. Patterns of single-quark energies are observed which give the first a priori indication that stable octa-quark and hexadeca-quark versions of the charmed and bottom Z-meson exist.