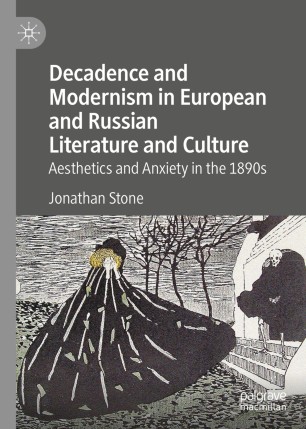 Decadence and Modernism in European and Russian Literature and Culture

Aesthetics and Anxiety in the 1890s

Decadence and Modernism in European and Russian Literature and Culture: Aesthetics and Anxiety in the 1890s rewrites the story of early modernist literature and culture by drawing out the tensions underlying its simultaneous engagement with Decadence and Symbolism, the unsustainable combination of this world and the other. With a broadly framed literary and cultural approach, Jonathan Stone examines a shift in perspective that explodes the notion of reality and showcases the uneasy relationship between the tangible and intangible aspects of the surrounding world. Modernism quenches a growing fascination with the ephemeral and that which cannot be seen while also doubling down on the significance of the material world and finding profound meaning in the physical and the corporeal. Decadence and Symbolism complement the broader historical trajectory of the fin de siècle by affirming the novelty of a modernist mindset and offering an alternative to the empirical and positivistic atmosphere of the nineteenth century. Stone seeks to recreate a significant historical and cultural moment in the development of modernity, a moment that embraces the concept of Decadence while repurposing its aesthetic and social import to help navigate the fundamental changes that accompanied the dawn of the twentieth century.