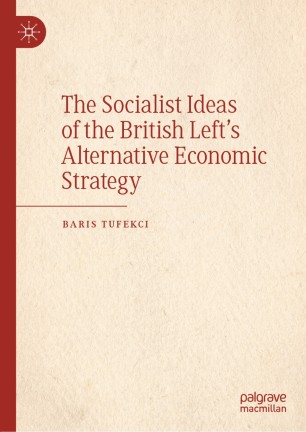 This book provides the first book-length study of the political and economic ideas of the British left’s Alternative Economic Strategy in the 1970s and early 1980s. Discussing the AES’s approaches to capitalism, the nation state and the working class, it argues that existing academic accounts have significantly overstated the radicalism of the strategy. Perhaps more notable, especially in the light of its stated ‘revolutionary’ aims, was the extent of its moderation – its continuities with post-war Labour revisionism, its marked reluctance to look beyond the market economy, the degree of its preoccupation with Britain’s global-economic status, and its inability to break with Labourist  politics of class co-operation in the national interest. While the book argues that the AES was the last ‘class politics’ socialist initiative in mainstream British politics, it also explores the ways in which its ideas perhaps prepared the way for New Labour in the 1990s, and its relationship with 'Corbynism' since 2015.

Baris Tufekci completed his doctoral research on the Labour left at Queen Mary University of London, UK. He currently works for House of Commons Select Committees at the UK Parliament.