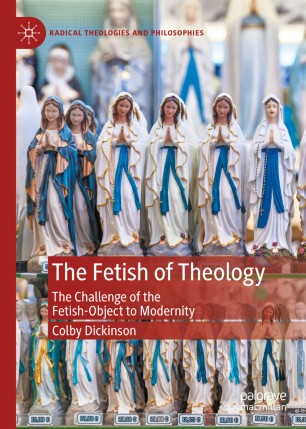 The Fetish of Theology

The Challenge of the Fetish-Object to Modernity

Part of the Radical Theologies and Philosophies book series (RADT)

“Ably traversing broad philosophical and theological territory—from Freud to Lukács, Agamben to Althaus-Reid—Colby Dickinson shows the centrality of the fetish and the unavoidability of fetishism to the fashioning of the human and the social. Dickinson’s book provides a fresh perspective on questions of violence. Consider it required reading.”
–Kent L. Brintnall, Associate Professor of Religious Studies, University of North Carolina at Charlotte, USA

“Dickinson unmasks the ‘fetish’ of theology, and reveals the proximity of the fetish to the sacramental-object. He indicates the political tensions and fetishes inherent within theology’s own claims to locate an infinite divinity within material reality. This opens new pathways for the thinking of political-theological horizons within western thought.”

By delving into the history of the fetish-object among both modern and contemporary commentators, this book highlights the fetish-object’s role as a philosophical and religious concept of the highest significance. Historically, fetishes are implicated in specific struggles for sovereign (political) and/or religious (hierarchical) power, with their interwoven symbols defined as the primary location for transcendence in our world. This book defines the political consequences of fetish-objects within a western cultural, and primarily theological context through a comparative approach of various literatures on fetish-objects—anthropological to the psychological, Marxist to the theological. It reconceives of fetishes as a form of resistance to oppressive structures, something which motivated Christians themselves historically, and shaped our western understanding of the sacraments far more than has been acknowledged. Taking up this conversation likewise holds forth the possibility of reconceptualizing how fetish-objects and sacramental presences both speak profoundly to our late-modern selves.