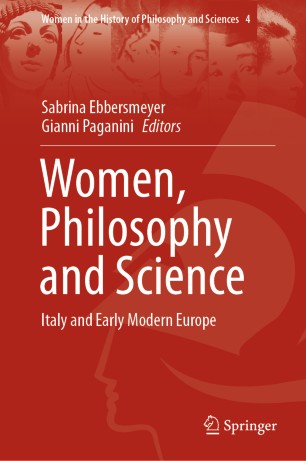 Part of the Women in the History of Philosophy and Sciences book series (WHPS, volume 4)

This book sheds light on the originality and historical significance of women’s philosophical, moral, political and scientific ideas in Italy and early modern Europe. Divided into three sections, it starts by discussing the women philosophers’ engagement with the classical inheritance with regard to the works of Moderata Fonte, Tullia d'Aragona and Anne Conway. The next section examines the relationship between women philosophers and the new philosophy of nature, focusing on the connections between female thought and the new seventeenth- and eighteenth-century science, and discussing the work of Camilla Erculiani, Margherita Sarocchi, Margaret Cavendish, Mariangela Ardinghelli, Teresa Ciceri, Candida Lena Perpenti, and Alessandro Volta. The final section presents male philosophers’ perspectives on the role of women, discussing the place of women in the work of Giordano Bruno, Poulain de la Barre and the theories of Hobbes and Rawls. By exploring these women philosophers, writers and translators, the book offers a re-examination of the early modern thinking of and about women in Italy.