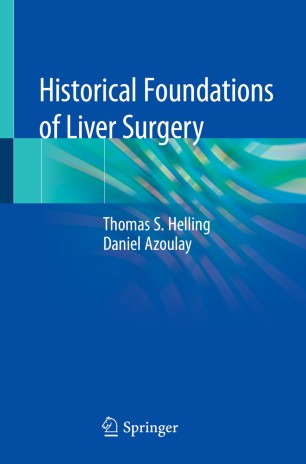 For the surgeon of antiquity the liver has been an organ of mystery – and danger. Attempts to repair its wounds or remove tumors were fraught with hemorrhage and often a fatal outcome. Most forays were those to remove easily accessible tumors on the liver edge, but bleeding was a feared consequence still and surgeons wielded a plucky fortitude to take on even those. Not until the mid-20th Century were surgeons able to safely excise neoplasms that lay deep within the liver substance. Jean-Louis Lortat-Jacob achieved notoriety in his famous Paris hepatectomy of 1951 but he was not the first. That distinction may have belonged to German Professor Walther Wendel in 1910 or to Japanese surgeon Ichio Honjo who reported his operation in 1950, but in Japanese. It was not picked up by the Western surgical community until 1955.

Names such as Hugo Rex, James Cantlie, Jean-Louis Lortat-Jacob, Tôn Thất Tùng, Jacques Hepp, Claude Couinaud, Henri Bismuth, Thomas Starzl, Roy Calne, and a host of others highlight the extraordinary curiosity, tenacity, and skill of those surgeons who broached unknown territory to master understanding and techniques of manipulation, resection, and transplantation that were formerly considered unapproachable by the surgical world.