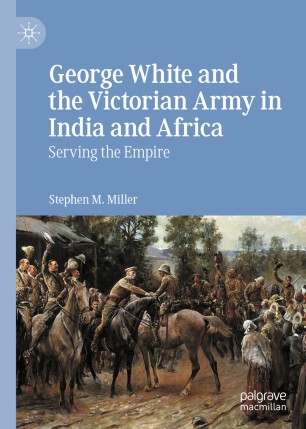 George White and the Victorian Army in India and Africa

This book offers a detailed investigation of George S. White’s career in the British Army. It explores late Victorian military conflicts, British power dynamics in Africa and Asia, civil-military relations on the fringes of the empire, and networks of advancement in the army. White served in the Indian Rebellion and, twenty years later, the Second Anglo-Afghan War, where he earned the Victoria Cross. After serving in the Sudan campaign, White returned to India and held commands during the conquest and pacification of Upper Burma and the extension of British control over Balochistan, and, as Commander-in-Chief, sent expeditions to the North-West Frontier and oversaw major military reforms. Just before the start of the South African War, White was given the command of the Natal Field Force. This force was besieged in Ladysmith for 118 days. Relieved in 1900, White was heralded as the “Defender of Ladysmith.” He was made Field-Marshal in 1903.