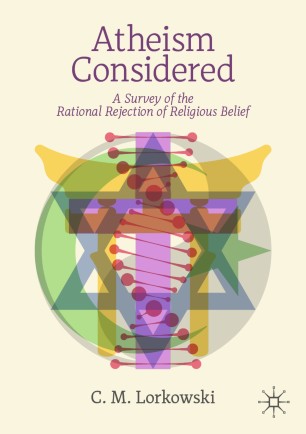 A Survey of the Rational Rejection of Religious Belief

Atheism Considered is a systematic presentation of challenges to the existence of a higher power. Rather than engage in polemic against a religious worldview, C.M. Lorkowski charitably refutes the classical arguments for the existence of god, pointing out flaws in their underlying reasoning and highlighting difficulties inherent to revealed sources.  In place of a theistic worldview, he argues for adopting a naturalistic one, highlighting naturalism’s capacity to explain world phenomena and contribute to the sciences. Lorkowski demonstrates that replacing theism with naturalism, contra popular assumptions, sacrifices nothing in terms of ethics or meaning.  Instead, morality ultimately proves more important than religion and does not rely on it. Appropriate for classroom use, this book is meant to cultivate understanding, tolerance, and fruitful dialogue between believers and nonbelievers.

cosmological ontological teleological arguments for the existence of god dawkins