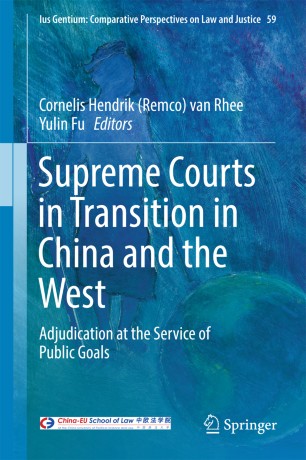 Supreme Courts in Transition in China and the West

Adjudication at the Service of Public Goals

This edited volume looks at supreme courts in China and the West. It examines the differences and similarities between the Supreme People’s Court of Mainland China and those that follow Western models. It also offers a comparative study of a selection of supreme courts in Europe and Latin America.

The contributors argue that the Supreme Courts should give guidance to the development of the law and provide legal unity. For China, the Chinese author argues, that therefore there should be more emphasis on the procedure for reopening cases. The chapters on Western-style supreme courts argue that there should be adequate access filters; the procedure of reopening cases is considered to be problematic from the perspective of the finality of the administration of justice.

In addition, the authors discuss measures that allow supreme courts in both regions to deal with their existing caseload, to reduce this caseload, and to avoid divergences in the case law of the supreme court.

This volume offers ideas that will help supreme courts in both the East and the West to remove unmanageable caseloads. As a result, these courts will be better able to assist in the interpretation and clarification of the law, to provide for legal unity, and to give guidance to the development of the law.