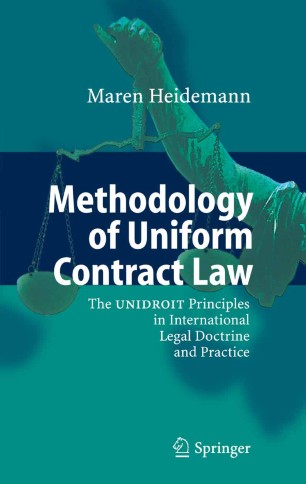 The UNIDROIT Principles in International Legal Doctrine and Practice

Despite ever growing international trade and dispute settlement, a consistent international methodology of uniform private law has yet to be formed. The potential of uniform law has not yet been fully recognised.

In this book, the author examines uniform contract law comprehensively in all relevant areas of legal doctrine and practice and considers the barriers which exist toward it in modern nation states, namely in the German and English legal systems. She suggests ways in which these barriers can be overcome and develops an autonomous methodology of interpretation of transnational contract principles. The author wants to encourage the use of existing uniform transnational law rules, such as the UNIDROIT Principles of International Commercial Contracts, which are analysed here as an example.