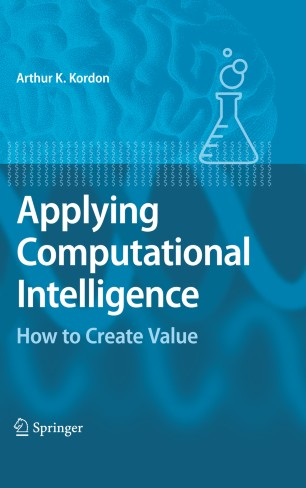 How to Create Value

In theory, there is no difference between theory and practice. But, in practice, there is. Jan L. A. van de Snepscheut The ?ow of academic ideas in the area of computational intelligence has penetrated industry with tremendous speed and persistence. Thousands of applications have proved the practical potential of fuzzy logic, neural networks, evolutionary com- tation, swarm intelligence, and intelligent agents even before their theoretical foundation is completely understood. And the popularity is rising. Some software vendors have pronounced the new machine learning gold rush to “Transfer Data into Gold”. New buzzwords like “data mining”, “genetic algorithms”, and “swarm optimization” have enriched the top executives’ vocabulary to make them look more “visionary” for the 21st century. The phrase “fuzzy math” became political jargon after being used by US President George W. Bush in one of the election debates in the campaign in 2000. Even process operators are discussing the perf- mance of neural networks with the same passion as the performance of the Dallas Cowboys. However, for most of the engineers and scientists introducing computational intelligence technologies into practice, looking at the growing number of new approaches, and understanding their theoretical principles and potential for value creation becomes a more and more dif?cult task.