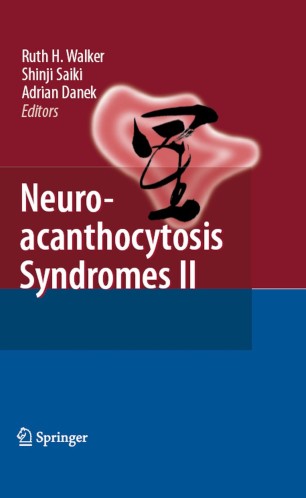 Neuroacanthocytosis refers to a group of rare neurodegenerative disorders, the symptoms of which typically resemble Huntington’s disease. One defining feature is the presence of thorny red blood cells (acanthocytes); however, neither the role of the genetic mutations in causing acanthocytosis, nor the connection with the basal ganglia neurodegeneration, is yet understood. At present there is no cure for these disorders and treatment is purely symptomatic.

Awareness of neuroacanthocytosis disorders has increased significantly in recent years. There have been a number of important developments in the field since the publication of the first volume, Neuroacanthocytosis Syndromes. This book contains the latest research in this area.

Recent advances have identified the range of mutations in the causative genes, shedding light on potential phenotype­genotype correlations. Studies of the proteins affected in these disorders have resulted in increased understanding of their functions and distribution. In vitro studies have identified potential protein interactions, which have important implications for pathophysiology. Work on erythrocyte membranes suggests mechanisms for the generation of acanthocytes. Animal models are being generated which will greatly facilitate understanding the role of gene mutations in humans, and provide the foundation for possible therapeutic interventions. In addition, advances in other neurodegenerative disorders, such as Huntington’s and Parkinson’s diseases, have implications for neuroacanthocytosis.