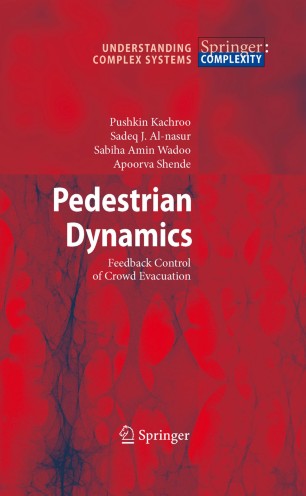 Effective evacuation of people from closed spaces is an extremely important topic, since it can save real lives in emergency situations that can be brought about by natural and human made disasters. Usually there are static maps posted at various places at buildings that illustrate routes that should be taken during emergencies. However, when disasters happen, some of these routes might not be valid because of structural problems due to the disaster itself and more importantly because of the distribution of congestion of people spread over the area. The average flow of traffic depends on the traffic density. Therefore, if all the people follow the same route, or follow a route without knowing the congestion situation, they can end up being part of the congestion which results in very low flow rate or worse a traffic jam. Hence it becomes extremely important to design evacuations that inform people how fast and in which direction to move based on real-time information obtained about the people distribution using various sensors. The sensors used can include cameras, infra red sensors etc., and the technology used to inform people about the desired movement can be communicated using light matrix, small speakers, and in the future using wireless PDAs. This book provides mathematical models of pedestrian movements that can be used specifically for designing feedback control laws for effective evacuation. The book also provides various feedback control laws to accomplish the effective evacuation. The book uses the hydrodynamic hyperbolic PDE macroscopic pedestrian models since they are amenable to feedback control design. The control designs are obtained through different nonlinear techniques including Lyapunov functional techniques, feedback linearization in the distributed model, and some discretized techniques.