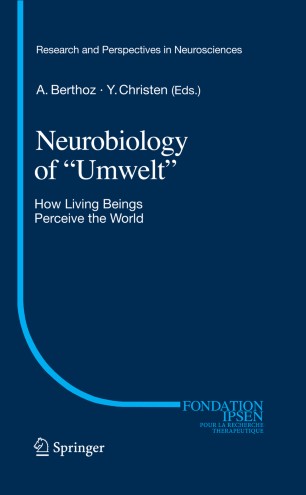 How Living Beings Perceive the World

Part of the Research and Perspectives in Neurosciences book series (NEUROSCIENCE)

At the beginning of the 20th century, German biologist Jakob von Uexküll created the concept of "Umwelt" to denote the environment as experienced by a subject. This concept of environment differs from the idea of passive surroundings and is defined not just by physical surroundings, but is rather a "subjective universe", a space weighted with meaning. Based on this perspective, a living organism, no matter how basic (such as the tick studied by von Uexküll), created its own universe when it interacts with the world and as this same time the organism reshapes it.

Today, neuroscience provides a new way to look at the brain’s capability to create a representation of the world. At the same time behavioural specialists are demonstrating that animals have a richer mental universe than previously known. Philosophical reflection thus finds itself with more experimental and objective data as well. Nearly a century after the publication of von Uexküll’s founding work ( "Umwelt und Innenwelt der Tiere" was published in 1909), neurobiologists, psychologists, sociologists, anthropologists, ethologists, and philosophers revisit his mail concept at the light of modern science