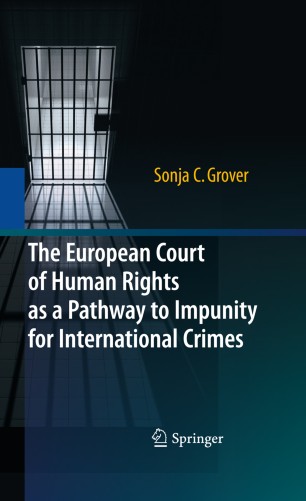 Introductory Remarks on the Perspective and Intent of the Author in Writing This Monograph The European Court of Human Rights comments in the judgment Korbely v. Hungary that: However, clearly drafted a legal provision may be, in any system of law, including criminal law, there is an inevitable element of judicial interpretation. There will always be a need for elucidation of doubtful points and for adaptation to changing circumstances. Indeed, in the Convention States, the progressive development of the criminal law through judicial law making is a well-entrenched and necessary part of legal tradition…The Court’s role is con?ned to ascertaining whether the effects of such an interpretation [interpretation by the national courts and authorities of domestic law which sometimes may refer to or incor- rate international law principles or agreements] are compatible with the Convention 1 [European Convention on Human Rights and Fundamental Freedoms] (emphasis added). This book then examines to what degree this “inevitable element of judicial interpretation” has been applied by the European Court of Human Rights in a manner consistent with the guarantees of the most fundamental human rights under international criminal, human rights and humanitarian law.