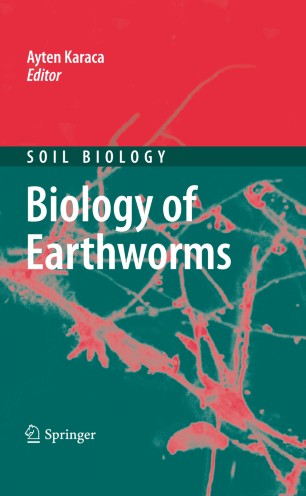 Earthworms, which belong to the order Oligochaeta, comprise roughly 3,000 species grouped into five families. Earthworms have been called ‘ecosystem engineers’; much like human engineers, they change the structure of their environments. Earthworms are very versatile and are found in nearly all terrestrial ecosystems. They play an important role in forest and agricultural ecosystems. This Soil Biology volume describes the various facets of earthworms, such as their role in soil improvement, soil structure, and the biocontrol of soil-borne plant fungal diseases. Reviews discuss earthworms’ innate immune system, molecular markers to address various issues of earthworm ecology, earthworm population dynamics, and the influences of organic farming systems and tillage. Further topics include the characteristics of vermicompost, relationships between soil earthworms and enzymes, the role of spermathecae, copulatory behavior, and adjustment of the donated sperm volume.