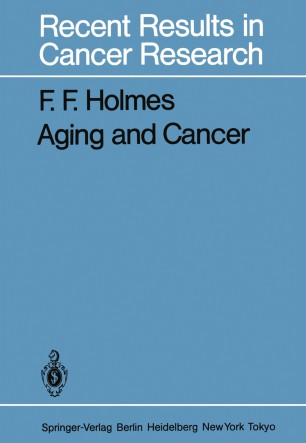 The life of a human being is finite, and all humans age (see Fries 1980). It is difficult to separate the effects of disease on organs and tissues from those expected of aging. This is particularly true for vascular and degenerative processes, for which there are no clear boundaries between aging and disease. Morbidity and mortality from heart disease and stroke are probably due both to disease and to changes of aging. For cancer, the second leading cause of death in America, the situation is quite different; cancer is clearly a disease and is not a change expected with aging. Cancer incidence increases almost logarithmically after age 40. In the United States about one-half of all cases of cancer are diagnosed after age 65, although those over 65 comprise less than one-eighth of the population. Thus, cancer is very much a disease of the elderly. There are at least two reasons for this: first, the prolonged exposure to cancer-inducing agents, and second, the waning power of immune defenses against cancer.