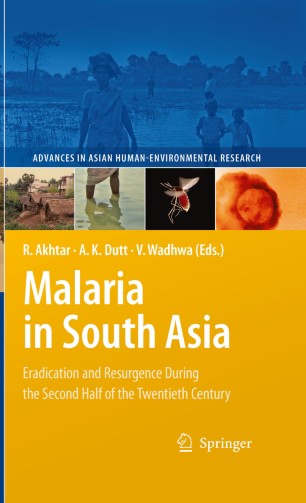 Eradication and Resurgence During the Second Half of the Twentieth Century

This highly topical book provides an in-depth account of the South Asian experience with the deadly disease that has held this region hostage for millennia. The book touches specifically on the resurgence of malaria experienced in the second half of the twentieth century, which occurred just a few years after malaria was thought to have been virtually eradicated from the region. The causes and consequences of this reappearance across space and time are discussed. The book also covers past, present and future ways to curb, control and ultimately, conquer malaria. As malaria continues to ravage the developing world, even in today’s ‘age of science’, this is a particularly relevant book, especially as most studies analyze the problem in Africa, the continent that bears the brunt of this disease. Here, the authors call attention to challenges in South Asia, home to an immense at-risk population. The chapters use a range of conceptual frameworks, quantitative analyses and descriptive approaches, finding that malaria is not just a complex disease driven by highly adaptive agents and vectors thriving in particular ecologies, but also a social concern deeply related to the region’s cultural traditions, financial and developmental shortfalls, and inexorably related to political will.

The book comprehensively deals with all aspects of the malaria situation in South Asia, and is invaluable to upper level students as well as emerging and established scholars in the fields of medical geography and epidemiology, Asian studies and development studies.

Rais Akhtar is CSIR Emeritus Scientist at the Centre for the Study of Regional Development, Jawaharlal Nehru University, New Delhi. He has numerous publications on medical geography, and over 12 books. He is the recipient of multiple international fellowships, and was nominated to the UN Intergovernmental Panel on Climate Change, which co-won the Nobel Peace Prize in 2007 with Al Gore.

Dr. Ashok K. Dutt is Professor Emeritus of Geography, Planning, and Urban Studies at The University of Akron. He has published in major journals of the world and has written and edited over 20 books. He has been a Fulbright Scholar and Ford Foundation Fellow, received the R.N. Dubey Foundation award for Lifetime Achievement in Geography, and Bhugool Bachaspati (Most Learned Geographer) award from the National Association of Indian Geographers.