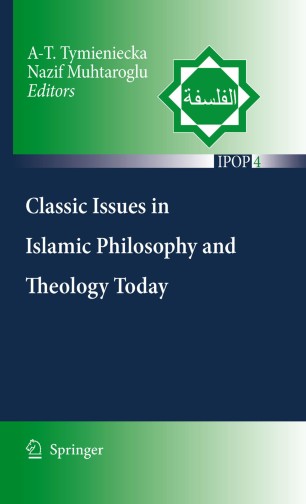 This collection of studies in classic issues of Islamic theology and philosophy, authored primarily by young Islamic scholars, is directed to Islamic and Occidental readers alike. While the questions here explored are classic, these studies are definitely not narrowly focused on historical matters or the delineation of the filiation of ideas. Rather they proceed from the personal quest of each of the authors, who are prompted by contemporary concerns as they seek to understand the old themes afresh. While appreciating the benefits of humanity’s modern technological progress, they keenly discern the relevance of inherited Islamic wisdom in addressing the problems that accompany that progress. Two striking conclusions emerge as one absorbs these studies. Firstly, the deplored technological-pragmatic turn of present day civilization, which threatens to deconstruct the metaphysical core of Islamic as well as Christian thought and to silence the quest for Truth, is loosening its grip. The universal concerns of humanity call for a revivified authentic understanding of metaphysics, one to be enriched through the evolution of humankind. Into this New Enlightenment, which shimmers and beckons, Islamic wisdom is now entering and contributing.

Secondly, the search for renewed Islamic illumination of the perennial concerns of human souls is manifested in our authors’ sharing their philosophical insights and points of view across cultural borders in encounters with past and present Occidental thinkers. This work renews the precious ties between Islamic and Western thinkers that were formed in the Middle Ages and then disrupted.