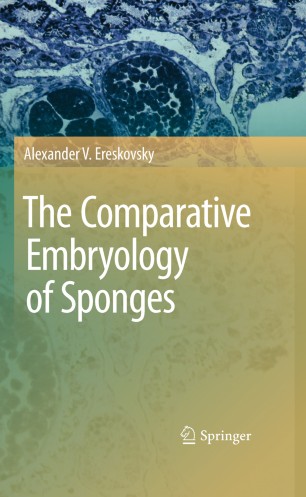 The Comparative Embryology of Sponges

One of the major questions in the evolution of animals is the transition from unicellular to multicellular organization, which resulted in the emergence of Metazoa through a hypothetical Urmetazoa. The Comparative Embryology of Sponges contains abundant original and literary data on comparative embryology and morphology of the Porifera (Sponges), a group of 'lower Metazoa'. On the basis of this material, original typization of the development of Sponges is given and the problems concerning origin and evolution of Porifera and their ontogenesis are discussed. A morphogenetic interpretation of the body plan development during embryogenesis, metamorphosis and asexual reproduction in Sponges is proposed. Special attention is given to the analysis of characteristic features of the ontogenesis in Porifera.

The book pursues three primary goals: 1) generalization of all existing information on individual development of sponges, its classification and a statement according to taxonomical structure of Porifera; 2) revealing of heterogeneity of morphogenesis and peculiarities of ontogeneses in various clades of Porifera, and also their correlations with the organization, both adult sponges, and their larvae; 3) revealing homology of morphogeneses in both Porifera and Eumetazoa, testifying to the general evolutionary roots of multicellular animals, and peculiar features of sponges' morphogeneses and ontogenesis.

This book will be of interest to embryologists, zoologists, morphologists and researchers in evolutionary biology.