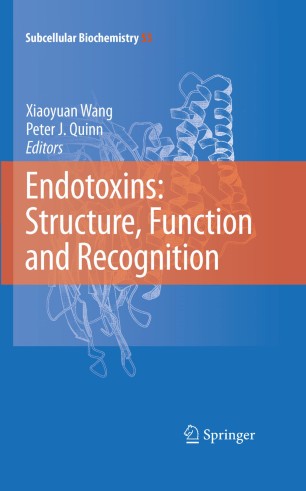 Endotoxins are potentially toxic compounds produced by Gram-negative bacteria including some pathogens. Unlike exotoxins, which are secreted in soluble form by live bacteria, endotoxins are comprised of structural components of bacteria. Endotoxins can cause a whole-body inflammatory state, sepsis, leading to low blood pressure, multiple organ dysfunction syndrome and death. This book brings together contributions from researchers in the forefront of these subjects. It is divided into two sections. The first deals with how endotoxins are synthesized and end up on the bacterial surface. The second discussed how endotoxins activate TLR4 and, in turn, how TLR4 generates the molecular signals leading to infectious and inflammatory diseases. The way endotoxins interact with the host cells is fundamental to understanding the mechanism of sepsis, and recent research on these aspects of endotoxins has served to illuminate previously undescribed functions of the innate immune system. This volume presents a description of endotoxins according to their genetic constitution, structure, function and mode of interaction with host cells.