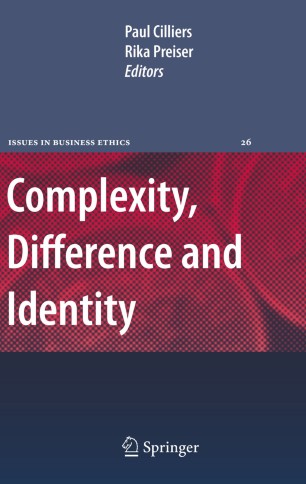 "Complexity" has been part of the academic discourse for a decade or two. Texts on Complexity fall mainly in two categories: fairly technical and mathematical on the one hand, and fairly and general on the other. Paul Cilliers’ book Complexity and Postmodernism (Routledge 1998) constituted an attempt to bridge this divide by reflecting more rigorously on the philosophical implications of complexity, and by making it accessible to the social sciences. This edited volume is a continuation of this project, with specific reference to the ethical implications of acknowledging complexity. These issues are pertinent to our understanding of organizations and institutions and could contribute significantly to the development of a richer understanding of ethics in business. Such an understanding would be a useful tool for teachers, researchers and post-graduate students with ethical concerns in disciplines ranging from Philosophy, Applied Ethics, Sociology, Organisational Studies, Political Science, Anthropology and Cultural Studies.

The central theme which binds all the contributions together is the inevitability of normative and ethical issues when dealing with complex phenomena. The book should thus be useful in the development of Business Ethics on two levels: in the first place on the level of developing a strong theoretical foundation, in the second place in providing specific examples of this theory in action in the real world.