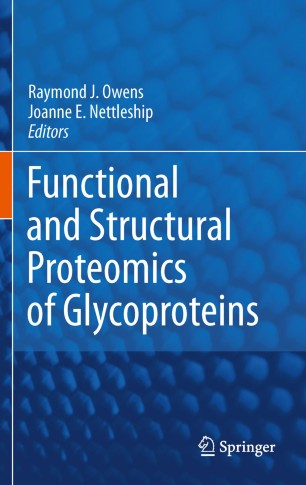 Functional and Structural Proteomics of Glycoproteins

It has been predicted that nearly half of all human proteins are glycosylated indicating the significance of glycoproteins in human health and disease. For example, the glycans attached to proteins have emerged as important biomarkers in the diagnosis of diseases such as cancers and play a significant role in how pathogenic viruses gain entry into human cells. The study of glycoproteins has now become a truly proteomic science. In the last few years, technology developments including in silico methods, high throughput separation and detection techniques have accelerated the characterization of glycoproteins in cells and tissues. Glyco-engineering coupled to rapid recombinant protein production has facilitated the determination of glycoprotein structures key to exploring and exploiting their functional roles. Each chapter in this volume is written by experts in the field and together provide a review of the state of the art in the emerging field of glycoproteomics.