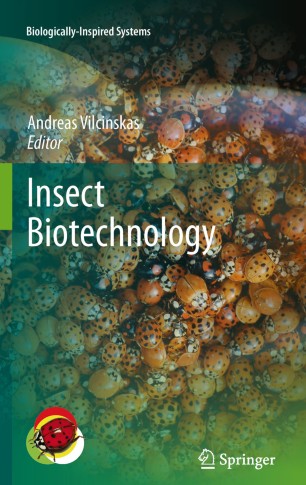 Insects have plagued humanity throughout history both as competitors in human nutrition and as vectors of diseases such as plague and malaria. On the other hand, beneficial insects are economically important both as allies in biological control of pest or vector insect species and as pollinators. Insects are by far the most diverse group of organisms on earth. Their evolutionary success regarding species diversity can be expanded to include a tremendous repertoire of bioactive molecules. Powered by the rapid development of techniques and tools in molecular biology a treasure hunt has begun in exploring applications of new insect-derived peptides and enzymes as leads for novel therapeutic drugs, as transgenes to engineer disease-resistant crops or as catalysts of industrial processes. The run in identification of novel insect genes can be expanded beyond those encoding bioactive molecules to include targets for selective control measures in plant protection. Past decade has witnessed the complete sequencing of genomes from beneficial (bee Apis mellifera or the silk moth Bombyx mori) as well as from vector (mosquito Anopheles gambiae) or pest insects (the red flour beetle Tribolium castaneum or the pea aphid Acyrthosiphon pisum). Entering the postgenomic era these insects have become important models in applied sciences while others such as the greater wax moth Galleria mellonella are being developed as alternative model hosts for human pathogens to replace ethically debatable and expensive mammalian hosts. In addition, insect derived cell lines prosper as expression systems for vaccines and other peptides or proteins. The rapid and multifaceted developments in applying insect-derived molecules or cells in the red, green or white biotechnology can be summarized under term Insect Biotechnology. This book provides for the first time a comprehensive overview about this prospering research field with considerable economic potential.