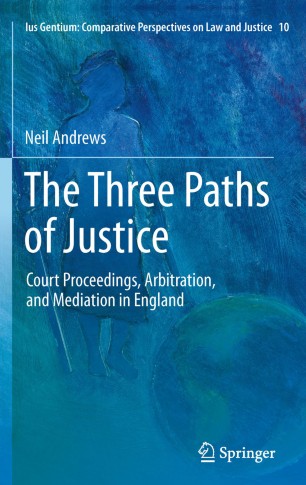 The Three Paths of Justice

"Neil Andrews presents a concise account of English civil justice as the system has been reconfigured in the first years of the 21st century. His book is an original and important study of the system on which American civil litigation rests. It is a wide-ranging introduction to the three principal paths of justice in England: court proceedings, arbitration and mediation. It is the first such review of English civil justice to be published in the United States since adoption of the reforms. Written by one of England’s leading experts in the field, it is a reliable guide to contemporary English civil justice for students, practitioners, professors, judges, and policy-makers in the United States and throughout the world."