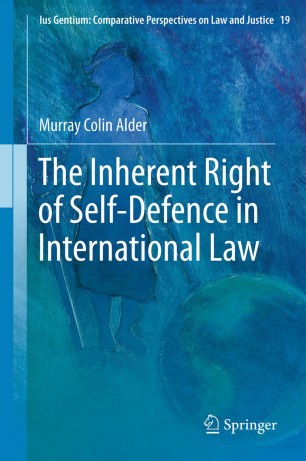 The Inherent Right of Self-Defence in International Law

Determining the earliest point in time at which international law authorises a state to exercise its inherent right of self-defence is an issue which has been debated, but unsatisfactorily reasoned, by scholars and states since the 1960’s. Yet it remains arguably the most pressing question of law that faces the international community. This book unravels the legal and factual complications which have obscured the answer to this question. In contrast to most other works, it takes an historic approach by tracing the evolution of the rights, rules and principles of international law which have governed the use of force by states since the 16th century. Its emphasis on self-defence provides the reader with a new and complete understanding of how and why the international legal framework limits defensive force to repelling an imminent threat or use of offensive force which is directed at the territory of a state.

Taking an historic approach enables this book to resurrect an understanding of the human defensive instinct which has guided the formation of the international law of self-defence. It also explains the true legal nature and scope of the inherent right of self-defence, of anticipatory self-defence and provides a definition of the legal commencement of an armed attack for the purpose of Article 51 of the Charter. Finally, the reader will receive a unique source of research materials and analysis of state practice and of scholarly works concerning self-defence and the use of force since the 16th century, which is suitable for all readers of international law around the world.