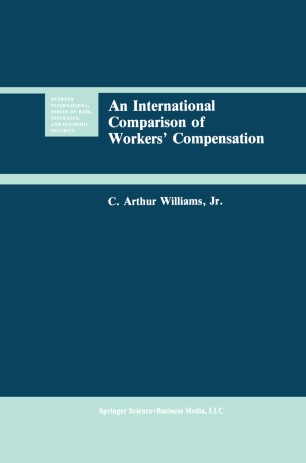 An International Comparison of Workers’ Compensation

Until a few years ago I concentrated my attention on workers' compensa­ tion programs in the United States and Canada. Because the United States has 52 programs and Canada has eight, I was exposed to a diversity of approaches that caused me to believe that few other approaches existed. Since 1984 I have become more aware of what the rest of the world has been doing and discovered that my knowledge needed to be broadened significantly. The trigger action was a 1984 faculty research exchange agreement between Keio University in Tokyo and the University of Minnesota that made it possible for me to spend much of my time studying Japan's workers' compensation program and comparing it with the United States approaches. Japan's program had several features that I had not encountered in the United States or Canada. After this experience I attached considerably more value to and spent more time studying the Social Security Administration's biennial reports on Social Security Pro­ grams Throughout The World, which include workers' compensation programs. I also presented papers at two meetings of the International Insurance Society based on my Japanese and Social Security Adminis­ tration report research. Many participants urged further study in this area and offered to send me materials describing their nations' programs. The result is this study which I hope that readers will find interesting and worthwhile.