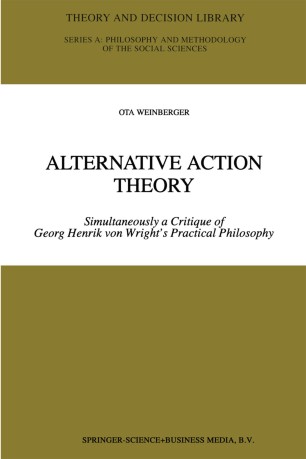 Action is conceived of as an intentional behavior of an individual or of an institutional subject; it is determined by information processing, namely by a process in which pieces of descriptive and practical information are involved. Action is explained by a formal and finalistic theory which is connected with a specific theory of institutions. The philosophical basis of the logic of norm sentences and of other systems of practical thinking (formal teleology, axiology, logic of preferences) is discussed. The author criticizes traditional deontic logic and argues in favor of a genuine logic of norms. The book gives a structure analysis of the so-called practical inference and of nomic causal propositions. Besides a critical account of von Wright's practical philosophy the author offers critical analyses of discourse rationality (Habermas, Apel, Alexy) and of Wittgenstein's views on philosophizing.
The book addresses readers interested in philosophical logic, practical philosophy, sociology of institutions, legal philosophy, and theory democracy.