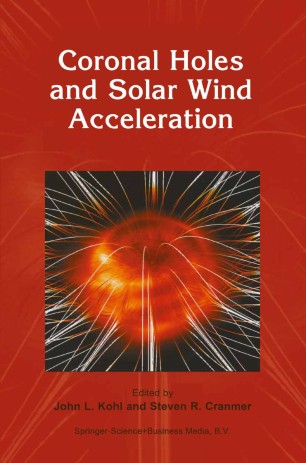 The SOHO-7 Workshop was held from 28 September through 1 October 1998 at the Asticou Inn in Northeast Harbor, Maine. The primary topic of this Workshop was the impact of SOHO observations on our understanding of the nature and evolution of coronal holes and the acceleration and composition of the solar wind. The presentations and discussions occasionally went beyond this topic to include the impact of the reported research on other solar structures and the heliosphere. SOHO (the Solar and Heliospheric Observatory), a project of international cooperation between ESA and NASA, was launched in December 1995 and began its science operations during the first few months of 1996. To many solar and space physicists, it was a great advantage that SOHO began itscomprehensive look at the Sun during the 1996 solar minimum. The qualitatively simple two-phase corona, with polar coronal holes expanding into the high-speed solar wind, and a steady equatorial streamer belt related somehow to the stochastic slow-speed solar wind, allowed various SOHO diagnostics to be initiated with a reasonably well­ understoodcircumsolar geometry. The analysis of subsequentSOHO measurements made during the rising phase of solar cycle 23 will continue to benefit from what has been learned from the first two years of data.