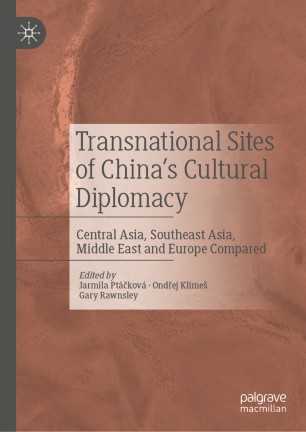 This book presents the results of a three-year comparative study on Chinese cultural diplomacy (CD) across Europe, Central Asia, the Middle East, and Southeast Asia, which contributes to the broader theoretical debate on China`s increasing soft power in international relations. The study, ‘China's Cultural Diplomacy and the Role of Non-State Actors’ was conducted by a research team at the Oriental Institute of the Academy of Sciences of the Czech Republic from 2015 to 2018. This book pays special attention to China’s localized forms of CD, focusing on the regional variations and involvement of non-state actors, especially local actors outside China. Local actors involved in Chinese CD diplomacy are characterized by their intermediary status as working for the aims of two states, while trying to bridge conflicts and enhance mutual understanding.

This book will be of interest to scholars, diplomats, and China watchers.

Jarmila Ptáčková graduated from the Humboldt University in Berlin, specializing in Chinese and Central Asian Studies. She obtained her Ph.D. in Tibetan Studies from the same institution. Currently, she is affiliated with the Oriental Institute of the Czech Academy of Sciences in Prague.

Ondřej Klimeš is a researcher at the Oriental Institute of Czech Academy of Sciences. His expertise is in politics of modern and contemporary Xinjiang and China. He received his Ph.D. from the Charles University in Prague in 2012.

Gary Rawnsley is Professor of Public Diplomacy and the Dean of the Faculty of Humanities and Social Sciences at the University of Nottingham Ningbo China (UNNC). Working at the intersection of international relations and international communications, Professor Rawnsley has published widely on propaganda, public and cultural diplomacy, soft power and the role of the media in democratisation.

Jens Damm is an Associate Fellow at the European Research Center on Contemporary Taiwan (ERCCT), Eberhard Karls University of Tübingen. He was awarded his Ph.D. at Free University of Berlin in 2002. He is currently also a board member of the European Association of Taiwan Studies.