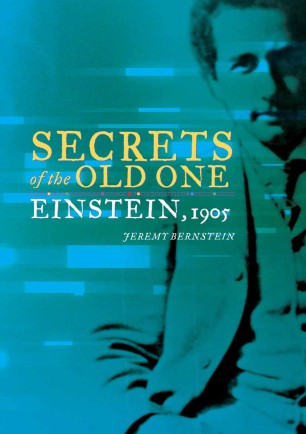 Secrets of the Old One

In March 1905, at approximately eight week intervals, the Editor of the noted German physics journal, Annalen der Physik, received three hand-written manuscripts from a relatively unknown patent examiner in Bern, Switzerland. This patent examiner was the twenty-six year old Albert Einstein and the three papers would set the agenda for twentieth century physics. A fourth short paper was received in September 1905 and contained Einstein's derivation of the formula E=mc^2. These papers changed our lives in the twentieth century and beyond. While to a professional physicist the mathematics in these papers are quite straight forward, the ideas behind them are not. In fact, none of Einstein's contemporaries fully understood what he had done.

In SECRETS OF THE OLD ONE: Einstein, 1905, renowned science writer Jeremy Bernstein makes these ideas accessible to a general reader with a limited background in mathematics. After reading this book, you will understand why 1905 is often designated as Einstein's miracle year.