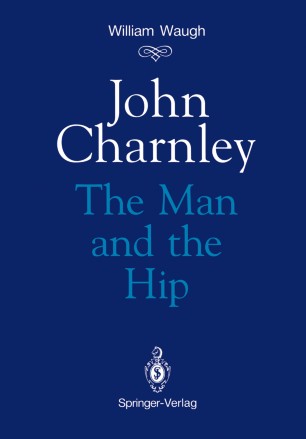 The Man and the Hip

Hip replacement operations have become commonplace during the past ten years, but none the less it is well to remember the struggle to overcome the initial difficulties before the achievement of the successful results which are confidently expected today. Certainly, in the 1950s attempts to relieve pain and restore movement to an arthritic hip frequently failed. Such operations which were practised often involved a prolonged period of immobilisation which would now not be tolerated. For progress to be made orthopaedic surgeons had to rely on the loyalty and stoicism of their patients who allowed untried procedures to be carried out on themselves, often without appreciating the possible outcome. These surgical experiments resulted in progress being made, and the failures led to a greater understanding of the problems involved. The importance of collaboration with bio-engineers was also recognised, and the search began for suitable materials with which to make an artificial joint. Progress was made in many centres throughout the world, and surgeons in the United Kingdom were at the forefront in devising original techniques. Although others also produced new models, John Charnley was a pioneer and an innovator who influenced the development of hip relacement more than any other individual. In telling the story of his life this book is inevitably also the story of the operation, but it is not intended to be a scientific evaluation of his work.